Pay with credit card or PayPal

Or pay with credit card

Illumination is in the cards.

Tarot card readings have been a useful tool for psychic readers for over 1,000 years. Tarot acts as a focused conduit to translate energies into symbols, influences, and meanings for interpretation through a series of 78 cards, laid out in a variety of spreads. Each card symbolizes a different energy or spiritual meaning and its relevance depends on the position in the spread.

Tarot card readings can be an especially powerful tool in providing insights into love and relationships. You can also learn about your hidden strengths and how to manifest your highest potential. Learn about the people who show up in your life, and what roles they will play in your future.

See the grand design for your life with a tarot card reading today. To experience the tarot, call 1-800-604-9505 now or order online.

The earliest names for the tarot originate from Italy. Originally, the cards were called carte da trionfi (cards of the triumphs). Around 1530 the word tarocco came into use to distinguish tarot from a new game of triumphs or trumps, then being played with ordinary playing cards. The etymology of this new word is not known. The German form is tarock, the French form is tarot.

Tarot cards themselves were developed some time in the first half of the fifteenth century in northern Italy. Derived from playing cards of the time, the tarot deck included number cards (1 through 10) in four suits, and court cards page, knight, and king. But the tarot deck had more: a queen was added to each of the courts, and 22 special cards, not belonging to any suit, were added. These special cards bore symbolic pictures, with such subjects as the Emperor, the Pope, the Wheel of Fortune, Death, the Devil, and the Moon.

The tarot cards were then used to play a new type of card game, similar to bridge, but with 21 of the special cards serving as permanent trumps that could be played regardless of what suit was led, outranking all ordinary cards. This Game of Triumphs, as it was called, became extraordinarily popular, particularly among the upper classes, spreading through northern Italy and eastern France. As the game spread to new locales, changes were often made in the pictures and in the ranking of the trumps, which usually bore no numbers. In time, tarot spread south to Sicily, and north to Austria and Germany.

Centuries later, psychics encountered the tarot and recognized mystical and magical meaning in the enigmatic symbolism of the cards. Their fascination with the cards evolved into the present use as a divination tool. The first writers discussing the tarot were Court de Gébelin and the Comte de Mellet in 1781. For the previous 350 years of its history, the tarot was not mentioned in any divination books. After 1781, interest in tarot blossomed and the tarot became an integral part of divination philosophy.

The original Italian titles of the cards were in some cases different than the later French titles (and their English translations) that have become familiar to us through the Tarot de Marseille and its descendants. Also, the ordering of the trumps varied considerably in Italy where the cards originated; it is not known which ordering is the earliest one. Even the number of cards in the deck varied a great deal.

Discover how our psychics apply their gifts every day to help people face life's most challenging issues. 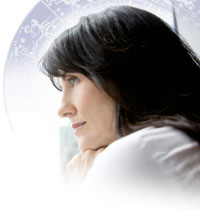 What will your cards reveal?
Is it the love you seek? Your future?